Keep farm operations running smoothly with cameras that operate reliably 24/7 in all conditions, just like you.

The AgCam is recommended for most farm operations. It can withstand anything your sprayer, combine, cows, grain cart, or whatever your farm operation can throw at it.

Our attractively priced camera system delivers great images in an affordable package. It is ideal for environments and usage that doesn’t require extreme ruggedness.

Contact your local dealer to talk about which camera system is right for your farm operations.

Ross Pape, fifth-generation farmer in East Grand Forks, MN, testifies of the many uses of the Dakota Micro AgCam on his farm.

Nick from Welker Farms speaks to the ways the AgCam system has streamlined his operations.

Tara Coronado of Beaver Vineyards compliments the AgCam and is impressed by how much better her back feels not having to turn around.

Visit our YouTube channel for more testimonials, how-to guides, and can we break it videos. 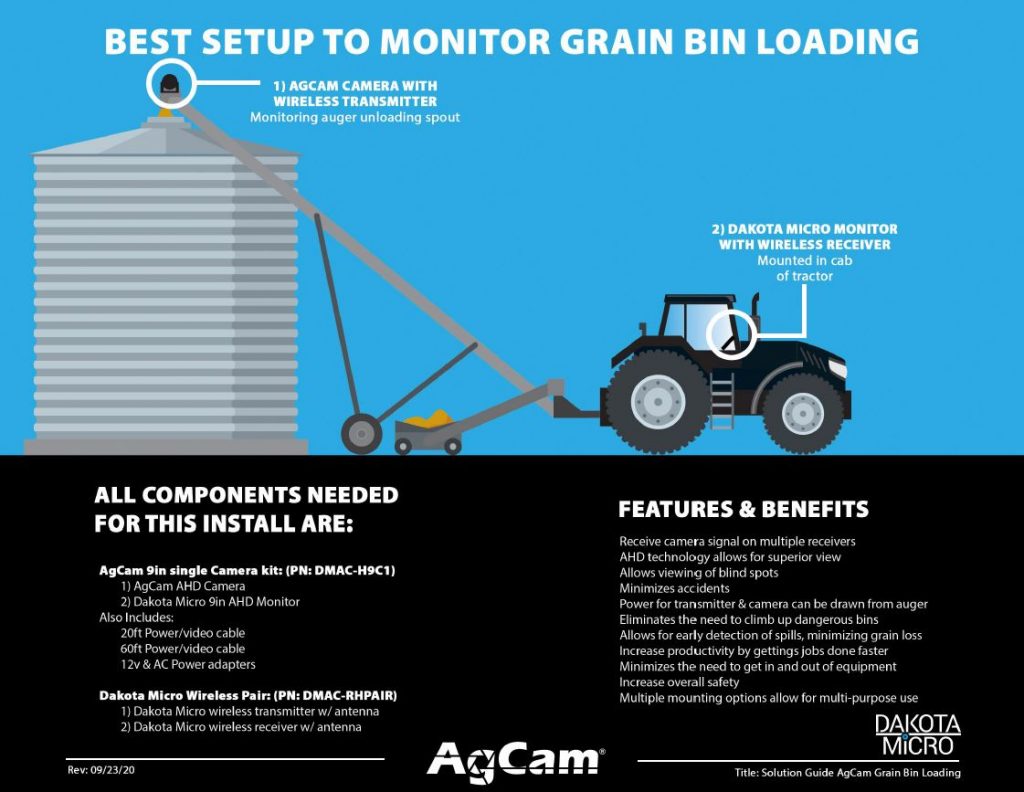 Gotta hand it to Dakota Micro, Inc this camera has lived in fertilizer for 10 years in my air cart. Just took it off to test it, still works like new even as the body gets corroded away.